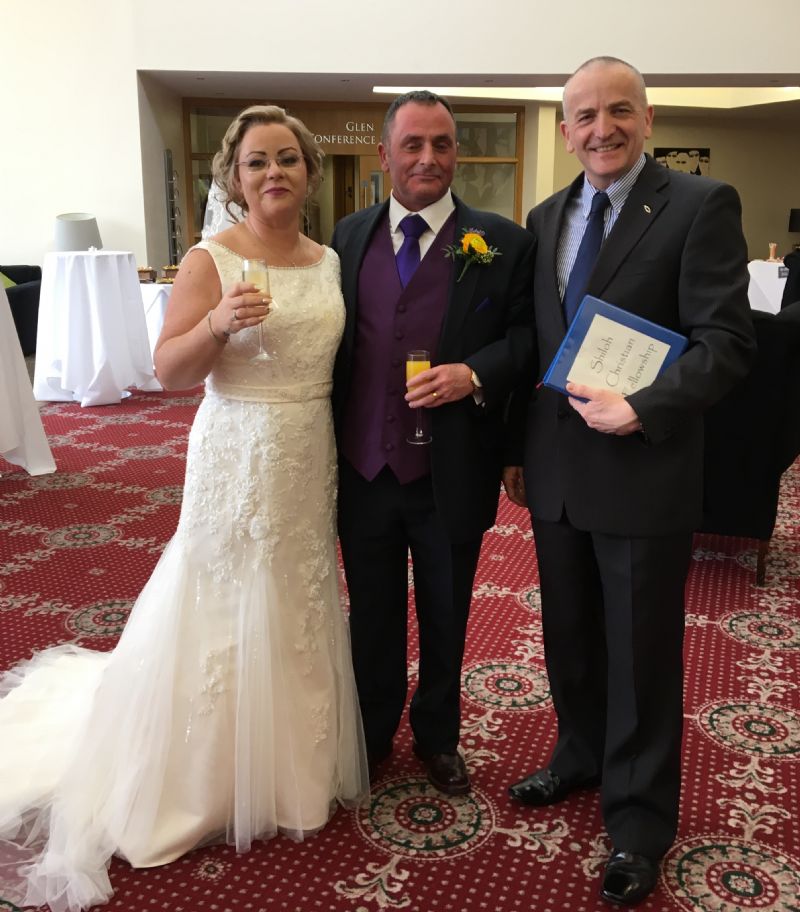 The La Mon Hotel, Castlereagh, was the chosen venue this afternoon to host the wedding ceremony of Mark Simpson and Nicola White.

Conducting the service was Mark Tatty Gordon who spoke from the Bible about the best authority on love within a marriage is God Himself, because God is love.

Readings were presented by Clare Proctor and Marion Campbell.

The Best Man was William McComiskey who was joined in the Groom's party by Rory, Mark and Ben.

The Bride's party were Chief Bridesmaid Chloe accompanied by Grace.

The service was light-hearted and humorous as both Bride and Groom nervously stumbled over the wording of vows and struggled to get one another's rings on. The many guests enjoyed the ceremony and the informal lightheartedness.

After kissing his new wife Mark and Nicola together lit a single candle symbolising two hearts and lives uniting as one.

When the signing of the marriage schedule was completed the wedding procession proceeded out into the foyer where congratulatory refreshments were provided by the La Mon Hotel.